I have to admit when I first saw the previews for this movie, I didn't think it was going to be good. I thought Phoenix's portrayal of the Joker would be good but how could the Joker get his own standalone movie? What exactly is Joker without his arch nemesis - Batman? Well, it looks like the movie has taken a good shot at giving the Joker his introduction and backstory. Regardless, here are a couple of key questions about the movie and the main critics who have already seen in:

How is Phoenix's portrayal as the Joker? Oscar-worthy, and amazing seems to be the general consensus among the critics who have already seen it. Geeks of Color founder and editor-in-chief Dorian Parks writes on Twitter that "Joaquin Phoenix's performance in #JokerMOvie is nothing short of Oscar-worthy." https://geeksofcolor.co/2019/08/31/joker-review/

Were there any concerns? It's a dark movie apparently and may have you feeling something (like sad or that you may actually agree with the Joker) for the Clown Prince of Gotham according to various reviews. The darkness of the movie can both be good because it makes you realize the issues with society which you may not be aware of but it can also be bad in a way because are you really supposed to feel something for such an evil character? https://www.vanityfair.com/hollywood/2019/08/joker-review-joaquin-phoenix

The movie does make social commentary and some reviewers wonder if there is too much of it. Though it does appear this movie was intended to not only be an introduction to the Joker but also a commentary on the social situation of people nowadays. https://www.thedailybeast.com/joker-review-joaquin-phoenixs-killer-clown-is-the-most-terrifying-one-yet

In the end, it looks like Phoenix is nothing but amazing and may just be enough to carry the whole movie all together Joker releases on October 4, 2019 (and October 3, 2019 in some places) and we here at BPM are excited to check out this movie because it appears to be, based on the reviews, a movie that is layered with various themes and tries to go beyond JUST a movie. Those are usually the most interesting movies, the ones that make you think. 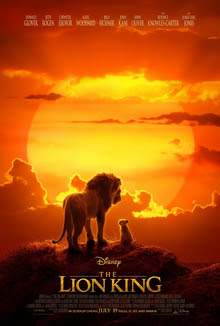